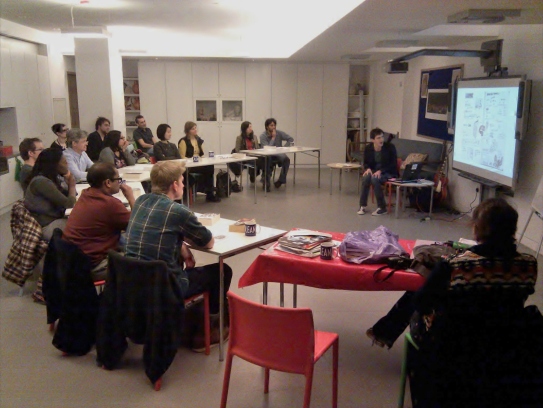 We had a great turn out. And I was very happily surprised by the high levels of enthusiasm and attentiveness. After my 10-minute talk on Ulysses and Joseph Wilkins’ 10-minute talk on illustration, everyone quickly got down to some sketching. Most people then chose to turn their initial sketched ideas into mono-prints, after a quick demonstration by Joseph. 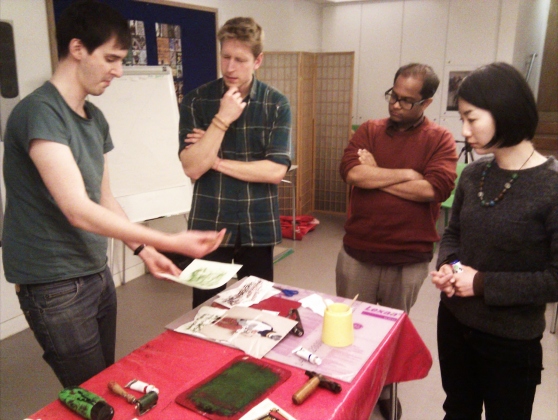 We had a good mix of town and gown – a couple of academics, one graduate student, a couple of non-academic university staff, with the remainder of participants having no link to the University of Oxford or Oxford Brookes University. The group were pretty evenly split between those who came to learn about Ulysses (55%) and those who came to learn about illustration (45%). When asked about what they enjoyed the most, participants’ answers were divided between learning about Ulysses (33%), learning about illustration (27%), listening to live music (by Chris Beard anf Phil Oakley from Flights of Helios (33%), and networking (7%). In their feedback, one participant suggested that the talks should have been longer, two participants said that they would have liked more illustrating time, one person would have liked the musicians to continue playing whilst they were sketching, and someone else suggested having more space for mono-printing. However, all-in-all, the feedback was very positive and everyone said they got a lot out of the event. 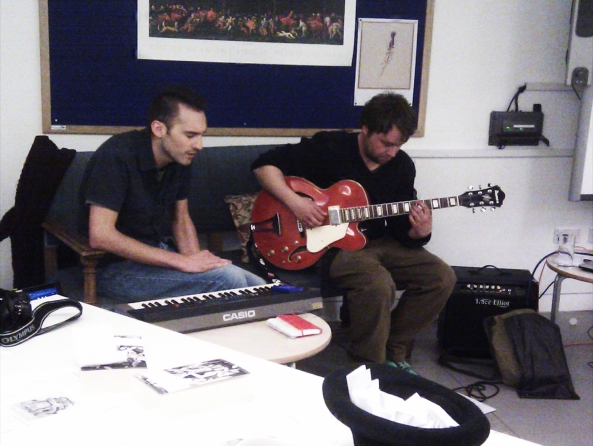 I will be posting a follow-up blog post showing some of the actual illustrations created during the event. 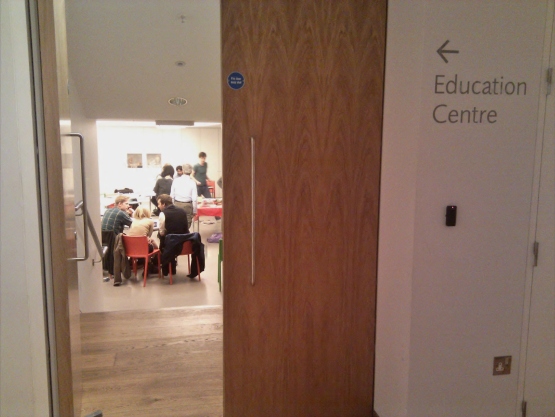 Once again, I’d like to thank the Ashmolean Museum for letting us use the Education Centre and Oxford University Press for donating 10 copies of Ulysses.

This entry was posted in events and tagged events. Bookmark the permalink.